5 Ways to Deal with Bullying on Your Team

5 Ways to Deal with Bullying on Your Team 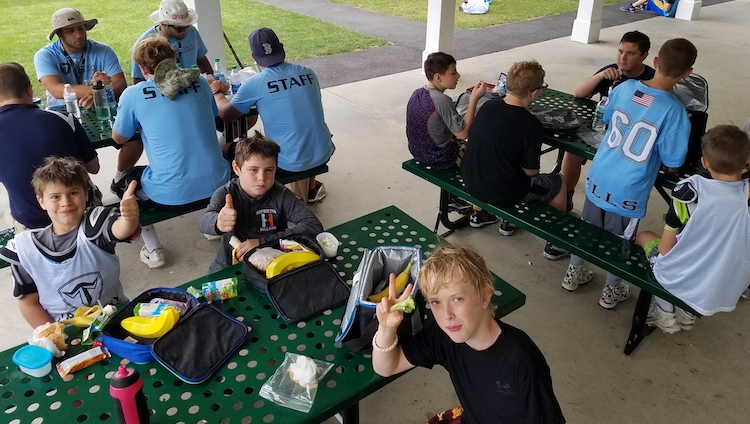 Bullying can be a significant issue on youth sports teams, as it impacts your team’s morale and causes players to have a negative experience. It’s also a fairly widespread issue, with 48 percent of high school athletes reporting that they were targets of hazing, which is a type of bullying.

Fortunately, you, other parents, and your team’s coaches can prevent most bullying on the team, and put a stop to it when it does occur. Here are five ways to handle bullying:

From the beginning of the season, coaches and parents should make it clear to players the kind of behavior they expect. Emphasize respect for others and keeping a positive attitude. Let players know that if they participate in bullying, they won’t get to play anymore. This sends a strong message, as players want to have fun and don’t like getting benched.

2. Be a Positive Example

Kids take after the adults in their lives, and players at all levels of sports take after their coaches. If parents and coaches belittle referees or the other team, players are more likely to mimic that behavior. Set a good example for your players by avoiding negative interactions.

3. Encourage Friendships on the Team

The better players get to know each other, the less likely they are to bully each other. The problem is that it can be difficult for players to form friendships if they don’t see each other on a consistent basis. One way to help players bond is by assigning partners for drills and activities, instead of letting them choose their own partners. You can also organize team activities away from practice, so everyone has the chance to interact more.

4. Make Sure Everybody on the Team Plays

Players who feel left out are more likely to get bullied. Avoid this issue by giving everyone a chance to play, regardless of their athletic abilities. This will ensure that every player feels like a valuable member of the team.

Setting the tone at the beginning of the season doesn’t do any good if you don’t follow up when there is bullying on the team. If a player is bullying another, stay true to your word and sit them out for a game. Of course, you should make sure that it’s actual bullying and not simply a bit of roughhousing or playing around.

Talk with the bully about what they did, instead of just punishing them. There’s always a reason why kids bully each other, and finding out why can help you put a stop to it.

Bullying is a preventable issue, as long as parents and coaches are fully committed to stopping it. Maintain a positive atmosphere to stop bullying and ensure that all your players have a great time.

Jessica Kane is a writer for SteelLocker Sports. A leading provider of sporting goods and training programs for coaches, players, parents and institutions with a primary focus on youth sports.