An Outsider’s Inside Look At Lacrosse

An Outsider’s Inside Look At Lacrosse 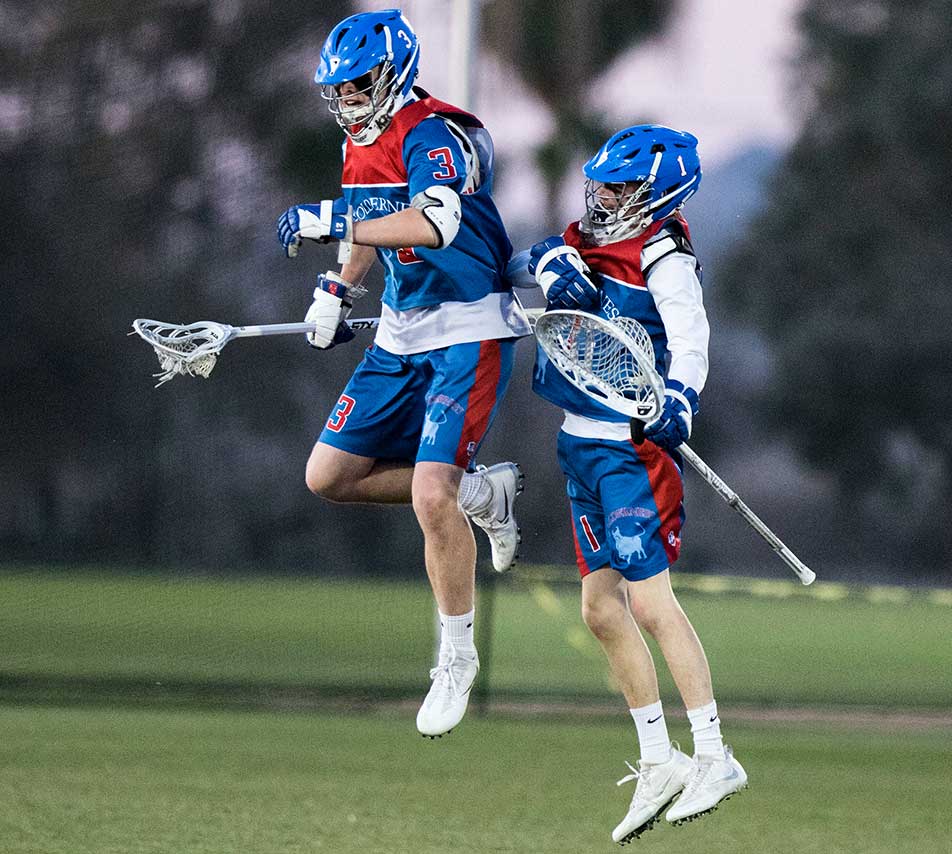 I wasn’t the mentally strongest kid in the world, but certainly wasn’t the softest…however at the tender age of 7, my coach’s intense insistence that I scoop ground balls the proper way was enough to make me cry, run off the field, and never play the game of lacrosse again.

I have always enjoyed dramatizing stories (like the one you just read) and playing sports (after this fateful day I went on to play football, baseball, and hockey). Sports and filmmaking based on these sensationalized tales have always been my two passions. In my life’s pursuit of weaving filmmaking and athletics together, I have found myself, after 20 years, very much back in the world of lacrosse- as the digital content creator at Trilogy Lacrosse.

Lacrosse was never far from my life. I grew up in the lax hotbed of Long Island and went to Cold Spring Harbor High School (hometown of recent UVA tournament hero, Ian Laviano). It was THE sport to play and the sport that the community rallied around. My contribution to our high school’s lacrosse program? I made a YouTube video where I parodied our school’s authoritarian athletic director’s attempt to curb the typical high school party culture by enforcing a code of conduct for the lacrosse team (presumably in an effort to increase its chances of winning yet another state title). When I got emails from rival athletic directors asking for a link to the video, I knew I had nailed it. Looking back on it now, the little jabs I took at “lax culture” in that video were most certainly some form of a cathartic payback for my shameful lacrosse origin story.

As an outsider and/or foe to the sport lacrosse, I have to admit that I always wondered what it would have been like if I didn’t run away from lacrosse. These thoughts most often bubbled up when I was in the outfield in the late innings of a weekend doubleheader that seemed to last for 19 hours. I absolutely loved playing baseball and am an over-obsessed Yankees fan, but it was always the speed of lacrosse that had me wondering whether I belonged in the outfield or in the air diving across the crease scoring a goal.

Eventually, though, my passion for filmmaking outlived my ability to play sports as I retired from my last sport (sprint football at Cornell) in 2013. Since then, I have been able to successfully marry filmmaking and sports. I attribute that success to the lessons I learned while competing in high school and college athletics. I vowed after the day I quit lacrosse that I would apply myself fully in everything I put my heart into. I would never quit again. I interned for two summers at a sports marketing/ production company in Los Angeles, worked on sports documentaries at VICE Media, and continued to make comedy videos (many of them centered around the crazy characters in sports– I do a pretty good Dick Vitale). Through the years, I honed my skills, built up my portfolio, and awaited an opportunity to be a full-time video producer. That opportunity came when I found about the opening at Trilogy Lacrosse.

Some 20 years after I had quit, I dove headlong back into lacrosse when I came aboard the Trilogy team in 2019.

I have been here for six months, but it only took me about six days to confirm that I would have absolutely loved to play lacrosse. It is the speed of the game that makes it so exciting. As a videographer and editor, it is my job to tell stories. I have found that each play in every game is a story. A beautiful ball movement sequence tells the story of a coach that has prepared his players to outwit their opponents. An attackman taking the ball and bulldozing his way to the crease tells the tale of a lacrosse warrior taking fate into his own hands. A goalie’s save is a desperate last stand. Each of these micro-stories contribute to the larger narrative that tells the tale of players trying to make it to the next level, or of teams bonding together to win a championship. I have thoroughly enjoyed capturing these moments and weaving them into my own stories as I become more familiar and engrossed with the game.

So, do I regret my lacrosse story? The one that started with me bursting into tears and running away from the game at my first encounter with on-field adversity? Yes. Yes, I do. I think I would have really enjoyed it. But I also recognize that my story, complete with the peaks and valleys, has taken me to exactly where I always wanted to be- on the sidelines of a sporting event with a video camera in my hands… or in the office with a wig on impersonating overenthusiastic lacrosse dads!