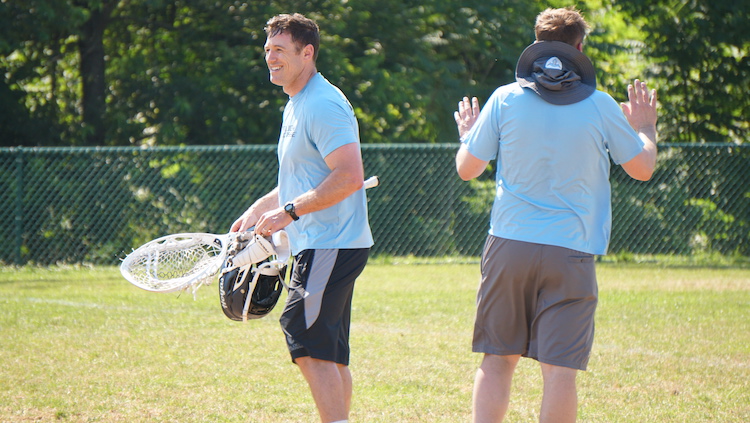 “The role of leaders is not to get other people to follow them but to empower others to lead.”
― Bill George, True North: Discover Your Authentic Leadership

Leadership. It’s a bold word. We hear it countless times throughout our day-to-day lives, but how often do we actually stop and think about the meaning behind it? What exactly are the true characteristics of a leader? Better yet, how does leadership function in the lacrosse landscape? Trilogy National Directors and ICE coaches Ryan Boyle, Mitch Belisle, and Matt Streibel discuss what leadership means to them. 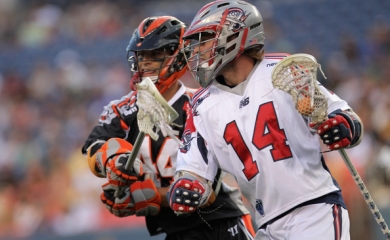 Who are the people you look to when you have difficult questions?

Who are the best leaders you know?
Two former coaches immediately come to mind: Tony Resch and Mike Pressler.

Why do you consider them great leaders?
They do the right thing regardless of the situation and outside pressures. They trust their instincts and lead in accordance with their individual style. They exhibit true humility and care more about overall success than any personal accolades. They work extremely hard and make those around them better regardless of the situation.

What do they do or have they done in situations that you admire?
As demonstrated in the recent 30 for 30 documentary Fantastic Lies, Duke University tossed aside Mike Pressler instead of believing in him and his players. Instead of being forever jaded, Coach Pressler restored glory to Team USA by winning a gold medal in 2010 and transforming Bryant University, a small DII school into a perennial DI contender. His loyalty to his former players and those close to him is unmatched. Tony Resch has been successful at all levels within the sport – NCAA, MLL, NLL, and FIL (International) – as both a player and coach. His ability to “tell it like it is” inspires his players and his track record as a player gives him the credibility to do so. Whenever he receives any praise, he immediately deflects it to those around him making them feel appreciated and validated.

Where do you think they learned how to address issues like this?
After leaving Duke University, there weren’t a lot of schools that would even take Coach Pressler’s phone calls. Meanwhile the President of Bryant cut through the noise and saw Coach Pressler and the situation for what it really was. He had a vision for the program and saw that Coach Pressler shared in that dream. Now, despite having more high-profile and lucrative offers available, Coach Pressler elects to stay at Bryant. Loyalty means everything to him given how those seemingly closest to him turned their back at the first signs of difficulty.

What are the principles that guide you as a teammate? 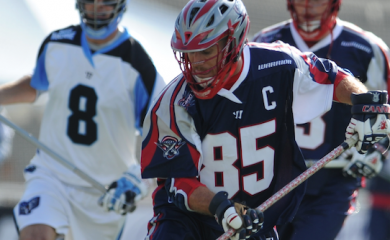 Who are the best leaders you know?

Why do you consider them great leaders?
All of them share traits that I feel make them great leaders: integrity, mental toughness, the willingness to make others great. They also each have unique qualities and strengths that I admire. Dan Dawson is one of the hardest working and most driven leaders I know. He doesn’t let any distractions come between him and his goals when he is focused and dialed in. Coach Tambroni is better at knowing the personality of his players and his team and getting the most out of each of them. Jimmy Vlahakis is incredibly detail-oriented and is able to take a ton of information and organize it in a way that makes sense and achieves the best outcomes. My dad has always been my inspiration and instilled my sense of work-ethic and integrity.

What do they do or have they done in situations that you admire?
The way that Coach Tambroni handled the situation at Cornell when George Boiardi passed away was incredible. He galvanized the team and the entire program in one of the most difficult situations possible. Dan Dawson always amazed me in practices and games in terms of the sheer focus and determination he had. He was willing to completely tune out all distractions and put 100% of his effort into every drill, every rep. Then we he got off the floor, he was the most laid-back guy you could ever meet and the guy everyone wanted to be around.

Where do you think they learned how to address issues like this?
I think each of the people above learned from a combination of experiences, other people and mistakes. In the George Boiardi situation, there was no roadmap for what to do and Coach Tambroni had to lean on his support network and do what he felt was best. Many of the lessons my father and Jimmy Vlahakis have learned or taken to heart come from the US Military. And Dan Dawson made a conscious decision to become a great leader after being a bit of a goof his first few years in the league.

The things that I hope others would say about me as a teammate include:

How do you encourage or inspire your teammates to embrace these principles? 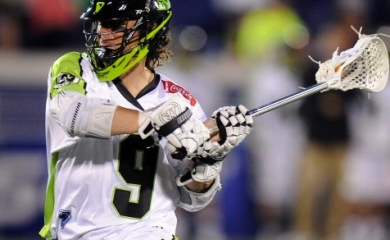 What are the characteristics of a great leader?

Who are the best leaders you know and why do you consider them great leaders?

How do you encourage or inspire your teammates?
I’ve never been much of a “rah-rah” sort of leader. Everything I’ve ever done as a teammate or as a captain or a coach is done through personal investment and preparation. You can’t find a competitive game I don’t want to be a part of (except maybe for something involving ice skates). I love to compete. I love to win. I love the work required to get better when you lose. Sports and competition have always made perfect sense to me. So much of life is complicated and messy. Sports never are. At the end of the day you have a scoreboard. There’s film to watch. If you’re critical and analytical you can see every mistake, and if you ask the right questions, you can discover how to fix them. The rest is simply about time, putting it in, never skipping a day, never taking a break. Teammates know who leaders are. It’s instinctive. We are drawn to people who are tough, smart and committed. I’ve always tried to embody the traits I most admire in other people. When I was ten I wanted to be Gary Lineker (go look him up). When I was in high school I wanted to be Dennis Bergkamp (go look him up). When I got to Princeton I wanted to be John Hess. Then I wanted to be Josh Sims. Then I wanted to be Jay Jalbert. Now I want to be Steph Curry. Or Jonathan Franzen (go look him up). There’s always someone who can teach me something. I love the process of learning. That’s contagious on some level. Greatness is a sickness.