How Will The New NCAA Recruiting Legislation Affect You?

How Will The New NCAA Recruiting Legislation Affect You? 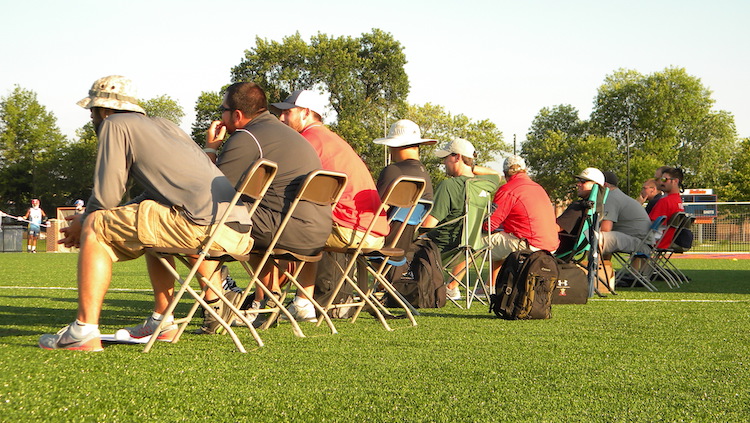 On April 14, the NCAA adopted rule changes to the Division 1 recruiting process set forth in a combined effort by the IWLCA and IMLCA. The most drastic and straightforward measure limits contact with prospective student-athletes until prior to September 1 of their Junior year. These rules will be effective “immediately,” which in reality means when they are finalized at the NCAA Board of Governors Meeting on April 26, 2017.

Just a few days later on April 19 Graham Leaveston, General Manager for the IMLCA, sent out an email to provide additional clarity regarding specific items. Most notably:

From a philosophical perspective, Trilogy Lacrosse fully supports these measures and applauds the men’s and women’s college coaches for their unification along this front. We clearly stated our opinion on the matter back in 2012 and 2015 and are thrilled for all the parties involved, but most importantly for the student-athletes who stand to benefit the most from the rule changes.

Like any piece of legislation, the key to the new rules will boil down to the letter vs. the spirit of the law, as well as enforcement. For example, most people would argue that driving slightly faster than the listed speed limit honors the intention set forth. If someone is driving sixty miles-per-hour on the highway marked with a speed limit of fifty five, they doubt they will get pulled over. Increase to seventy five and that same driver is likely to get pulled over. What constitutes a direct violation and the proverbial new gray area under these circumstances? College coaches and compliance officers are still trying to figure this out.

Taking the driving analogy one step further, who will serve as the police to enforce the new rules? Credit the lacrosse coaches for pushing this agenda through, but it comes in the wake of many sports electing to de-regulate the recruiting process. Increased forms of communication – texts, tweets, posts, snaps – and the advancement of third parties make it difficult to monitor contact between coaches and prospective student-athletes. Peer coaches and compliance officers will undoubtedly get put into some awkward situations deciding if and when to blow the whistle.

So how does this affect you? A few other thoughts that immediately come to mind:

Increased development cycle
Will we see the return of training, education, and instruction-based events? In theory, players will now have their full 8th and 9th grade years to hone their skills before serious consideration in their sophomore to rising junior years. Certainly college coaches will evaluate players during these “earlier” periods, and they have every right to, but decisions won’t be made during these developmental years. Players should consider focusing on their own individual skills and mental awareness before officially entering the recruiting process. College coaches cannot contact players until September 1 of the junior year so the pressure to perform at a younger age should alleviate some of the previous keeping-up-with-the-joneses anxiety.

Streamlined process with a catch
Under the old rules, there were so many “tracks” that it was hard to keep up with, let alone advise, families accordingly. With a strict deadline in place, high school coaches, club programs, and guidance counselors can set forth clearer roadmaps for student-athletes to follow. Everything will build towards the September 1 date when suitors and prospects will match up accordingly.

That being said, the potential for a feeding frenzy is in plain sight. It will be interesting to see the various tactics employed by programs upon September 1. “Patient” teams will encourage players to come to campus so they get a better feel for the school, its players, and the culture. This strategy harkens back to days of old when official visits were king. More aggressive programs might make a shrewder offer that resembles a ticking time bomb – guaranteeing a spot for a specific period of time before expiring and moving onto the next prospect on their list. What’s to say a program doesn’t employ both strategies or some Frankenstein version of the two?

On-campus events
The first question insiders ask is “what are the potential loopholes?” While contact may be restricted to prospective student-athletes prior to the September 1 deadline, interactions are not limited while players are on-campus for official events such as Camps, Clinics, or Prospect Days. These events could morph into de-facto visits that include facility tours and/or meetings. During these interactions, coaches can indicate more serious interest that could potentially escalate. Do they reach the level of offers and acceptance, i.e. verbal commitments? Again, it goes back to the spirit or letter of law in terms of compliance and enforcement.

Club & high school relationships
And how might a player know to attend a specific team’s event? The first and most obvious way revolves around genuine interest in that institution. If a student-athlete’s dream school is Bayside High University then going to an event at BHU provides the easiest and most straight-forward path toward evaluation and potential recruitment.

The other would be through gentle encouragement via a third party. While Graham Leaveston’s memo clearly forbids such communication, enforcing such behavior presents clear challenges. Club and high school coaches regularly talk to college coaches, more often than not about topics unrelated to the recruiting process. These interactions can span decades-long personal relationships – former teammates, player-coach dynamics – and revolve around a myriad of topics – strategy, motivation, business, and family. If a college coach is sincerely interested in one of their players and wants to learn more about them, such as their grades or character, then what is the sound and ethical decision for a club or high school coach? Withhold this information or suggest that the player attend the team’s camp or prospect day if they are interested in that institution?

As The Leader in Lacrosse Education, Trilogy Lacrosse prides itself on empowering student-athletes and their families as they navigate the recruiting process. Expect updates as more nuances unfold and we all navigate uncharted territory.